Promoting organic agriculture, residents hold an agricultural products fair of their own. 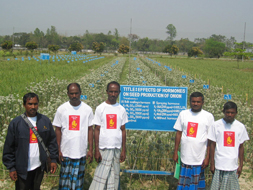 Viewing crops at the spice research facility that participants visited

Over eight-tenths of the residents in Boda county and Kaligonji county, both sites of HFW activities, rely on farming as their only source of income. However, the ever-rising costs of chemical fertilizers and other agrichemicals are impacting household expenses, creating greater hardship. In response, since 2005 HFW has been holding training sessions at the Center for Organic Farming, promoting the self-sufficiency of residents through spreading the use of organic farming, better for both the environment and household expenses. In the last few years there has been a steady increase in the number of organic farms, and recently some farms have begun to proactively spread organic farming practices on their own.

In March 2009, the Organic Farming Cooperative formed in Boda county held an agricultural products fair. Cooperative members brought their best organic vegetables as well as compost to the fairgrounds, which welcomed a total of 200 local residents. One attendee remarked, “I was surprised that crops of such high quality could be grown without the help of chemical fertilizers or other chemicals.”This event helped create an awareness of the benefits of organic farming.

To further stimulate farmer motivation, HFW organized a tour of organic farms around Bangladesh during March and April 2009. A total of 24 organic farmers from Boda and Kaligonji participated. Reception of the tour was favorable, with one participant saying, “I learned some new things, including how to maintain seed quality through better storage methods, and I'm going to bring this knowledge back to the area I live and put it into practice.”It is just such farmers who inspire hope that the adoption of organic farming will continue to spread. 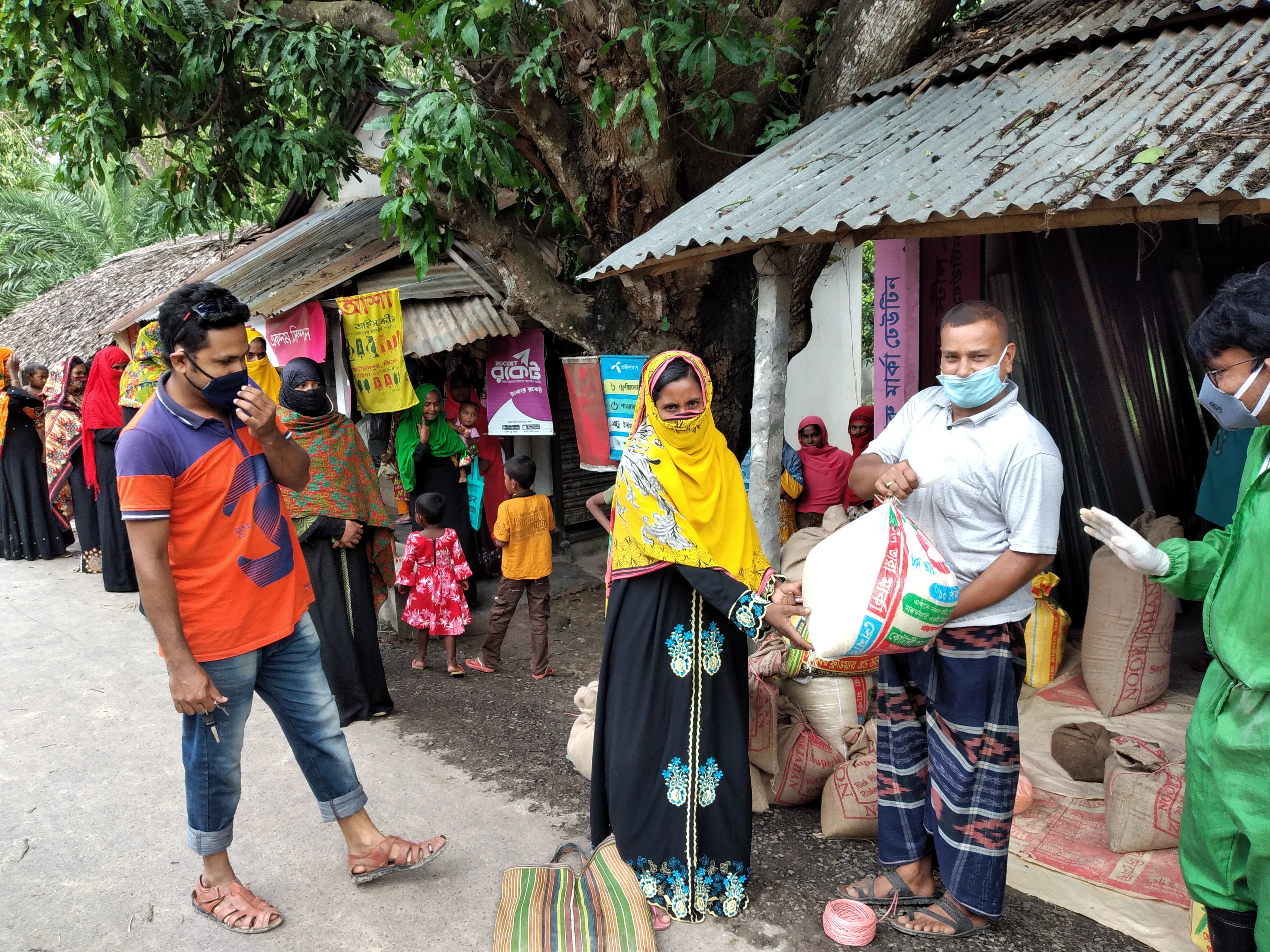 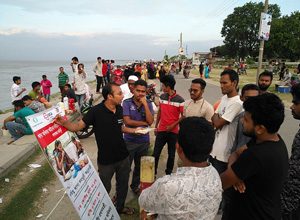