Mothers are encouraged to bring their children to a health center for health for health check. 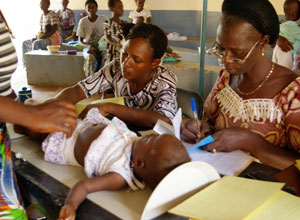 42 children were diagnosed as malnutrished at the health center in 2012. They made visits at the center three times a week for medical treatment and examination.

On successfully reaching its objectives, the health check-up project was discontinued in March of 2013. From now, we are going to investigate in detail nutritional conditions which cannot be diagnosed merely by physical examination of children in this area. Based on the results, we will discuss whether we should maintain the project as currently arranged or whether more effective means are available. 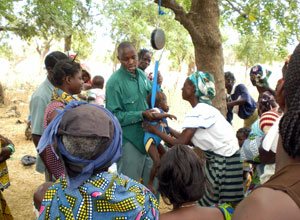 Nurses identify malnutrished children at the physical exams. They bring equipments to measure the weight and height of the children. 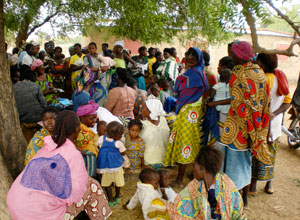 A look at the physical examinations in 2009. Nurses visit and identify malnourished children. At the time, one out of three suffered from it.