Mortal danger and grief should not be everyday matters. The Mother and Child Health centre was established. 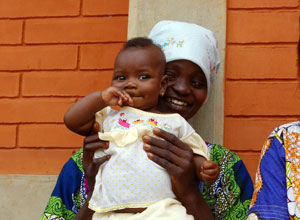 The Mother and Child Health centre was established in August 2010. Although the doctors and midwives who should have been sent from Public Health Department were missing at first, HFW Benin staff personally found and hired two midwives and two assistant nurses. In the towns near Gbeto, the staff collected contributions to operational expenses, including personnel costs. The centre started operating in November 2011 and the first baby was born in December. So far, eighty-eight babies have been born in the centre as of mid-February, 2012.

Before the centre was established, most mothers in Gbeto were forced to give birth at home. Some mothers gave birth alone, and the newborn babies did not receive immunisations. Especially in the cold season, they struggled to survive. Now, the centre has qualified midwives who provides appropriate care for mothers and babies.

In one instance, a mother experienced severe bleedings during delivery, but the midwives promptly made the decision to send the mother to a well-equipped hospital about seven kilometres away from the village. The mother and baby were safe.

Prenatal checkups provide mothers with a sense of security, and with information regarding their baby’s health.

Meanwhile, some challenges still remain. Because Gbeto has no electricity, the people in the centre need to produce electricity with a generator during delivery. Running a generator overnight, however, requires a substantial amount of gasoline, which significantly increases the centre’s expenses. They therefore sometimes light a lantern during delivery. Moreover, the assistant nurses need to go to draw water, which is required during delivery. They go to the well, which is far from the centre, many times a day to collect clean water in buckets. The centre needs to solve these issues one by one, with a well thought-out plan. 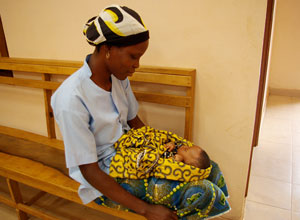 Nicole, one of the asst nurses, also gave birth at the centre 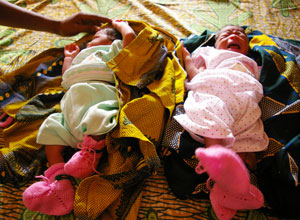 Benin's twin births rate is higher than that of Japan. In the space of just one year, four pairs of twins were born at the centre